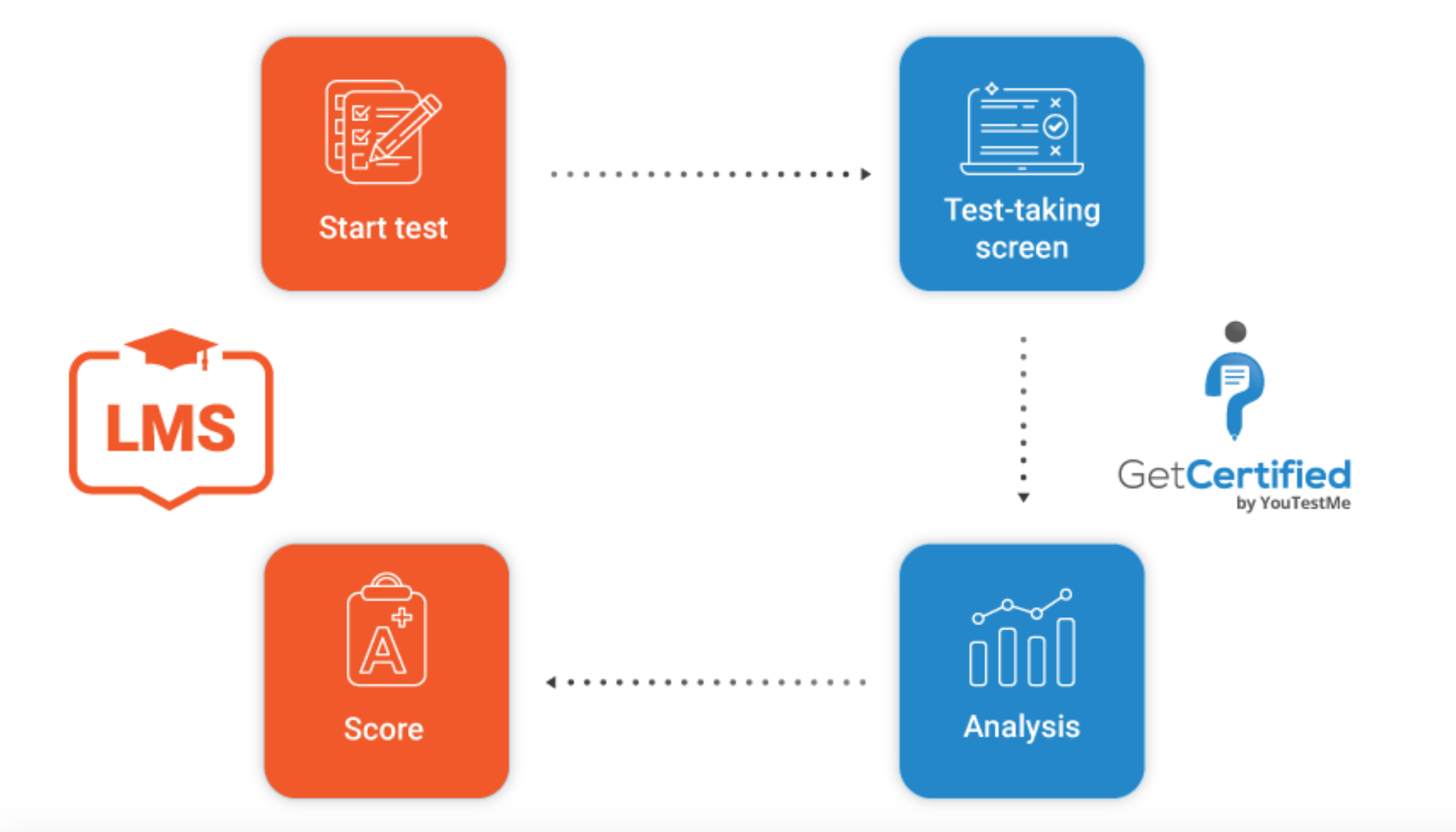 This article will explain how to integrate YouTestMe GetCertified with your LMS.

Almost every organization occasionally needs examination and certification processes. Nowadays, many of them already have and use a learning management system or software for employee organization. The ideal scenario for these organizations is connecting the existing system to knowledge examination software. Typically, the basis of this integration is the ability to synchronize user data between two systems, to start the test from the primary system, seamlessly navigate to the test-taking screen, and automatically return the results after the test to the primary system.

There are two ways to achieve integrations between YouTestMe GetCertified and other software:

How to integrate with YouTestMe API

The following steps will describe how to integrate YouTestMe GetCertified with your system for organizing and taking tests:

In this diagram, you can see an example of an implementation we did for our client. This integration includes several additional modules, such as accepting results from flat files and using testing sites, but the overall process is the same. Was this article helpful?
Like 0 Dislike 0
Previous: How to integrate Zapier with GetCertified and create Zaps
Next: How to grade a proctoring report of Proctorio

Have questions? Search our knowledgebase.